Meet the women paving the way for female gamekeepers 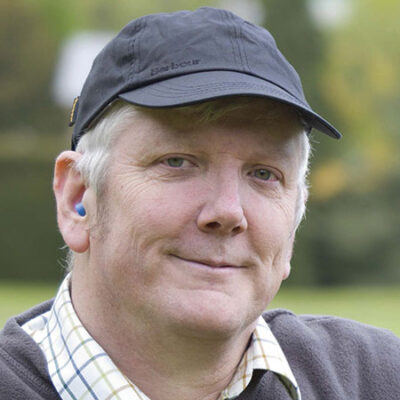 Mike Montgomery is BASC publications officer and has been deputy editor of Shooting and Conservation magazine for the past 12 years. Previously he had a 33-year career in national and regional news journalism. He lives on the Wirral.

Although gamekeeping is still very much a male-dominated sector, the number of female gamekeepers and land managers is slowly increasing. Mike Montgomery talked to four women with varying experience of keepering to get their take on the situation today. This article first appeared in the latest edition of Shooting & Conservation. 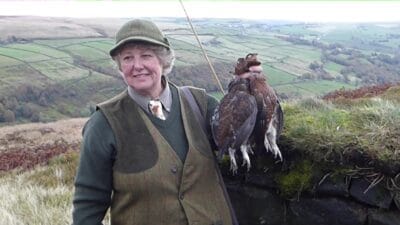 Dawn Warr may have retired from full-time gamekeeping, but at 61 she is still very much in the shooting arena. She captains her own shoot near her home in Dorset and is a successful animal portrait artist and taxidermist.

“My father Jack Warr started keepering in 1950 as underkeeper at Somerley Estate in Hampshire, where my two brothers and I were born. Later he became headkeeper at Melbury Park in Dorset. I had a fairly wild, fun childhood of fishing, shooting and other countryside activities.

“I always wanted to be a gamekeeper, as from a very young age I helped dad at weekends and during school holidays. He tried to talk me out of it, saying that I would build up muscles like a rugby player.

“In those days there were very few ladies in keepering, but there were always a lot of keeper’s wives who helped their husbands. If dad hadn’t been headkeeper at Melbury I would have struggled to get into the job. These days there are many more women keepers.

“I never encountered any prejudice; most people were only too pleased to help. I can remember shooting at my very first clay shoot when I was 16. It was the local hunt’s sports day and I heard someone in the background say: “Look at this, yer maid shoots!” That always stuck in my mind.

“I think I probably had to work harder to prove myself and gain the respect of beaters and others. When I ran a beating line back then I was in in charge of probably 25-30 people. As everyone knows, beaters and pickers-up don’t come out for the money but for the enjoyment, so a keeper has to make the day professional and fun for all concerned, and the respect of your beaters is very important.

“I worked hard, did my job well and gained respect from all quarters. I loved the time I was keepering; being your own boss in amongst nature – what more could you want?” 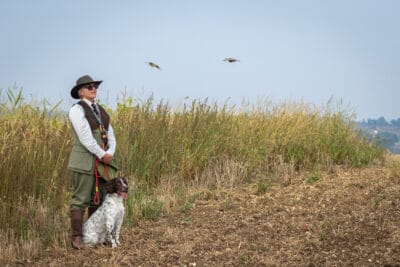 Over on the other side of the south of England, Kate Cox has been a keeper for several years on a 750-acre estate in Essex where the shoot is run by her husband, Dan.

It’s a busy life for Kate as she helps Dan manage two six-day syndicates plus a busy schedule of let days. And all while juggling day to day life with two children at home and no less than six dogs!

“There is shooting every week of the season, pheasants and partridges. Dan is the main keeper. I used to help out a bit but when I lost my job during the pandemic as a civil aviation trainer, I became a full-time underkeeper.”

Kate, 49, wasn’t a shooter until she met Dan in 2016. Dan did a land course when he left school, and later became a keeper, but now he’s a full-time fireman.

“He is the shoot director and does some of the key functions like organising the drives. I don’t have the experience for that yet. I am only just getting my first shotgun and licence. I act as captain on shoot days and organise the catering as well as the beaters and pickers-up. We get poults in and I look after the rearing and feeding.

“I haven’t had any problems being a woman in this environment. I think the guys like having a female around; there’s always plenty of banter on the bus.

“I absolutely love gamekeeping and I can’t believe how much I have learned in the last few years.

“My daughter Ava, who is nine, loves it too and wants to be a gamekeeper when she grows up. We bought her a cocker puppy for her birthday last October to train as a working dog. She has done a little picking-up with me this season.”

So what advice does Kate have for other girls or women interested in a gamekeeping career? “I would say, get out onto the land as much as you can and enjoy the lifestyle – because it is a lovely life, even if you have to work hard. And listen to the keepers that you are learning from – there’s no better way to get the knowledge you need.” 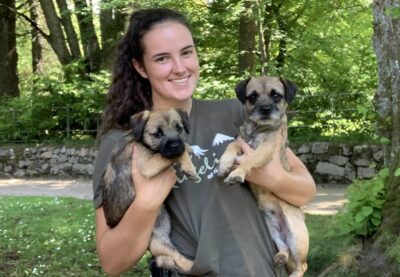 I also spoke to Lucy Marsden, who undertook a gamekeeping course at Myerscough College with the aid of a grant from BASC’s Legacy Scholarship Programme.

She said: “When I left college after two years studying countryside management with gamekeeping, I got a job as a keeper with a small syndicate near Blackpool, and I also spent two months gamekeeping in the Scottish Highlands.

“I really enjoyed it; it’s hard work but it’s really rewarding. I would say to other young women, don’t be put off by the fact that gamekeeping is largely a male-dominated arena – females can do the job just as well as men.”

Lucy is now working on a placement with the GWCT doing uplands research as part of her countryside management degree at Harper Adams University. 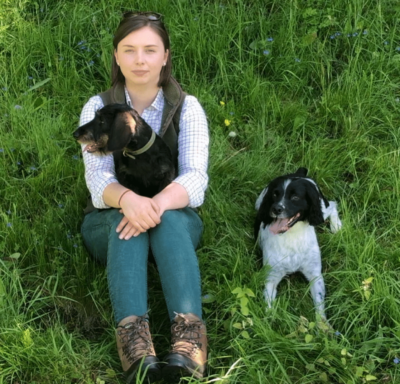 Chelsea Bubb has recently joined BASC as a regional officer in the south west of England. She has been a student and a lecturer in country land management and was also a professional gamekeeper in Wiltshire for four years.

She said: “My grandfather and his father before him were gamekeepers, which is how I got into it.

“In my last year at college I started a placement as an underkeeper on a large shoot near Malmesbury, where my headkeeper was a woman, Jessica Wheeler. We were the only female gamekeeping duo in the country.”

For the past two years Chelsea has been lecturing in countryside management at Lackham. She believes there is more interest from women in gamekeeping careers, and more opportunities opening up, but it is still a long way from a level playing field with men.

“When I first started lecturing, there were no girls among the students, but in my second year five out of 20 were female. And when they did their work experience the employers were singing their praises. As a shooter myself I am seeing a lot more women taking up shooting, but there is still a lot of sexism to overcome.”

If you have been inspired to find out more about gamekeeping, click here to visit our dedicated page.

Head to our Offbeat pages here.

Get the latest updates from BASC